GURUFOCUS DID NOT PUBLISH THIS ON MONDAY (3/9/2020). THE DAY OCCIDENTAL PETROLEUM CRASHED 53%. NOT A REPLY FROM ITS EDITORS TO NOTIFY ME WHY BUT IT SEEMS OBVIOUS WHY THEY DID NOT PUBLISH IT. 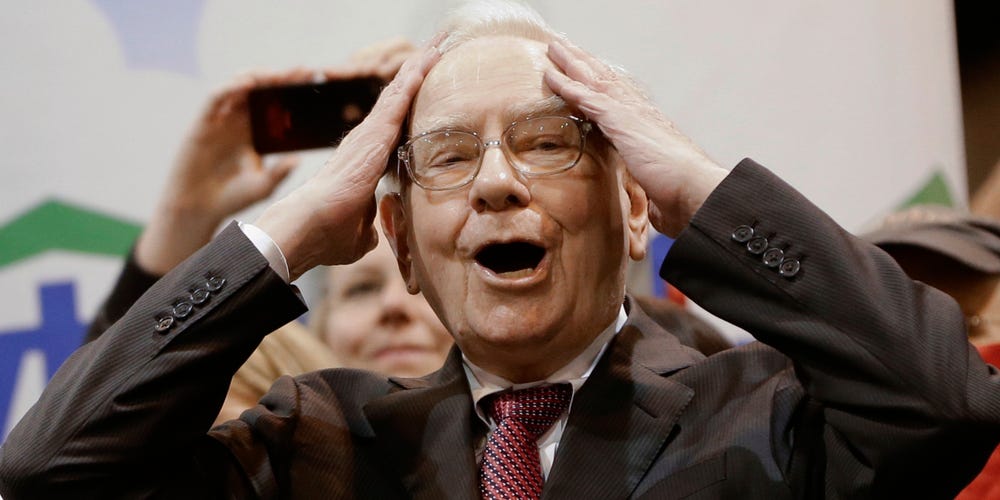 The energy sector has received the very worst punishment compared to other industries so far this year. Shrinking demand from the world’s largest oil consumer, China, amidst its fight against the coronavirus along with the bountiful supply of oil coming from the world’s leading producer–the USA, and add in the disagreements of oil output reduction in the joint coalition of OPEC and Russia and other nine countries (aka OPEC+) have mostly led to the inevitable decline of oil prices. As a result, value and dividend yields have soared for the oil stalwarts and the like.

So far this year, the S&P Energy sector has lost 30% of its value compared to the broader market S&P 500’s 8% drop. Among the biggest losers are the Big Oil firms, Exxon Mobil (XOM) down 32%, Shell (RDS.A) down 29%, and Chevron (CVX) down 21%. Meanwhile, another contender with Buffett’s (BRK.A) backing is Occidental Petroleum (OXY) is down 35%.

It was nearly a year ago when Occidental Petroleum sealed a $10 billion deal with Buffett in order to facilitate its acquisition of another competitor for a whopping $38 billion price. The $10 billion deal gave Berkshire rights to 8% dividend yielding preferred shares. The 8% per annum preferred shares were giving out yields way higher than Occidental’s 5% ordinary dividend yield and 4% on its term debt agreements. It did not take long before another famed investor Carl Icahn voiced out his criticism of the deal.

“Buffett figuratively took her to the cleaners.

“The Buffett deal was like taking candy from a baby and amazingly she even thanked him publicly for it!

“But you can’t blame Warren, if Hollub was arrogant enough to negotiate a deal with Buffett of this magnitude despite her admittedly limited experience in M&A and the Board was misguided enough to rubber stamp it, then one might say in Warren’s defense that it was almost his fiduciary duty to Berkshire Hathaway to accept it.”

It has been two quarters have transpired since Occidental’s Anadarko take over and the glowing debt pile the company took in for the acquisition along with an earnings miss makes the company a little less desirable to invest in despite the growing presence of Berkshire’s money in the company. Occidental delivered $985 million in losses in 2019 compared to $4.1 billion in 2018. The company had a net debt of $35 billion with $34 billion in book value.

Brought by marked reduction in its stock price value, Occidental now has a trailing dividend yield of 11.8% with negligible payout ratio–the company paid out $2.6 billion in dividends last year while having nearly a billion dollar in losses.

In comparison, Exxon Mobil also delivered an earnings miss in 2019. The company made 30% less in profits or $14 billion compared to its year ago performance while having $35 billion in net debt with $198.5 billion in equity.

Exxon has a trailing dividend yield of 7.3%–its highest ever–with a payout ratio of 92% as the company paid out $13 billion in dividends while making $14 billion in profits in 2019.

To boot, Exxon has been steadily raising its dividend payouts for the past 37 years and remains committed in doing so as of last week while Occidental has been able to provide consistent payouts to its shareholders for the past 17 years–a length of time not to be taken for granted in this comparison.

Nonetheless, dividend seeking investors may still rather pick Exxon over Occidental just by looking at these financial data rather than investing in the latter who is still figuring things out post its gigantic acquisition.

It may be worth mentioning here before ending this article that Berkshire has also increased its investment in the Occidental’s ordinary shares by nearly three folds to $780 million in its previous quarter at an average estimated price of $41 a share compared to today’s price of $26.86.