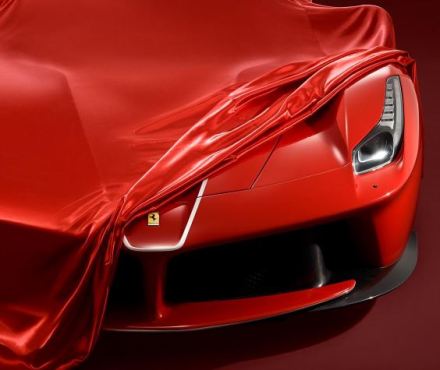 Meanwhile, the Italian car company reported 17% revenue growth to €1.74 billion and a more impressive 48% rise in profits to €259.6 million.

Returns
Ferrari has incredibly outperformed the broader S&P 500 index so far this year has provided 90.47% total gains vs. the index’s 13.1% (Morningstar).

Cash, debt and book value (equity)
As of June, Ferrari had €422.9 million in cash and cash equivalents and €1.76 billion in debt with debt-equity ratio 3.4 times compared to 23.4 times a year earlier. Debt fell €728 million compared to the same period last year while equity climbed 381% to €510 million.

Ferrari also had 30% of its assets in goodwill and intangibles.

Cash flow
In the first half, Ferrari’s cash flow from operations declined by 13% year over year to €275 million brought by higher cash outflow in its inventories, receivables from financing activities, operating assets and liabilities, finance costs, and income taxes paid.

Conclusion
Ferrari certainly has been attractively increasing its business and profitability as of its recent months of operations. This helped propagate its stock in stratospheric heights surpassing the $100 share mark valuing the company more than $20 billion with projected sales of $3.9 billion this year.

The luxury car maker also has markedly improved its leveraged balance sheet and appears to continuously aim to do so.

Analysts have an average hold recommendation on Ferrari’s shares with a target price of $110.78 a share vs. $110.05 at the time of writing. Applying past multiple averages to company’s current sales projection with a 10% margin indicated a per share figure of $69.44 a share.

Disclosure: I do not have shares in any of the companies mentioned.